Hello! The past two years, during the worldwide pandemic, things have been very challenging for us all.  We at Wind Visuals have decided to expand our product line to focus more on localized marketing to include an old favorite line of products to adorn households with whirly gigs, garden ornaments, hot air balloon mobiles, wind generators and more.  We have also added a line of Amish crafted sheds and outdoor furniture designed and built with the quality and care synonymous by the Amish Craftsman.

In today’s digitized world, where online brand marketing is what every business needs and finds essential. We offer EYE-CATCHING, CUSTOMIZED FEATHER BANNERS, AIR DANCERS, EXTENSIVE LINE OF 15’ COMMERCIAL FEATHER FLAGS and much more that attract the onlookers drive towards your brand. Our Wedding Feather Banners remain popular for that special day as a elegant decor backdrop. Special events, festivals, sporting events and numerous corporate meetings and conventions can customize their message with our digital custom print services.

We create lightweight, durable, easy to assemble, top-quality and elegant Feather Banners that flap and wave with the wind.

Wind Visual dates back to 1984, following my own 15-year career while I was working in the entertainment industry as a theatrical lighting designer. One fine day, I received a stunt kite as a gift, and I was hooked. I developed a stunt kite team and a stunt kite show that was choreographed to music with performances at outdoor festivals and events throughout Canada and the Eastern United States.

As the popularity of our show increased, in 1989 I approached Disney World and ended up on the lagoon at Epcot Center – Walt Disney World, Florida. The four-member kite team of ‘The Shooting Star Kite Show’ successfully performed a series of 450 stunt kite shows, choreographed to music while being pulled behind ski boats which created our wind. The Disney Corporation loved it so much, that in 1991, they invited us back to help conceive and execute a 14-minute daytime spectacular event called ‘Surprise in the Skies’, which ran for a full year at Epcot Center commemorating the 20th Anniversary of ‘The Magic Kingdom’.

In 2005, I introduced innovative and exciting Wedding Feather Banners to the bridal industry and ran a half-page ad in Martha Stewart Weddings Magazine (2005 Spring Issue) ‘What a response’! I received countless telephone calls from brides, wanting to be the bride in the photo. I was overwhelmed with the response and the attention that Wedding Feather Banners created.

I hope that you enjoy browsing through our products and choose Wind Visuals Feather Banners to create ’Magic in Minutes’ and a visual impact second to none at your next event!

At Wind Visuals, you will find a huge variety of customized, quality, and affordable indoor and outdoor advertising solutions. What started in 2005, was actually initiated in the mind during 1984 followed by the expertise of long experience of more than two decades. And here we are at the heights of providing the most appealing and impactful promotional products that are useful for businesses and events.  Personalize every promotional product with logos and popping visuals with creative and unique designs.

What makes our products incredible?

At Wind Visuals, we design every product that:

Attract the viewer
Maximize the visibility to potential clients
Increase sales
Are available in different sizes, colors, and designs to fit your bill
Made of top quality materials
Are very affordable
Are durable and reusable
Are enhancing for all events, businesses, festivals, and occasions. 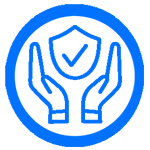 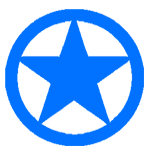 At Wind Visuals, you get the best Feather Banners and Flags in Vermont. You can also get the best air dancers, festival banners and feather banners in New York, Los Angeles, Texas, Chicago, Florida, Atlanta or anywhere in the US and Canada. For themed parties, special occasions, weddings, sports events, festivals, and church events, we have you covered with all kinds of beautiful feather banners. The feather banners are perfect for any business event or trade show. The banners made from high-grade polyester material. The tall banners are durable, compact, easy to move and install. The wedding feather banners are waterproof, affordable and come in various shapes, sizes, colors and designs. If you want to install the beautiful feather banners or flags for any upcoming events, then call us at (802) 233-0853 or at our Toll-Free number (877) 560-9817, you can also email us your requirements at [email protected]